A Dapu farmer pleading with the police to save his crops and land (June 28th, 2010).

The Miaoli Dapu Incident (大埔事件) was the first social movement I followed and monitored when I returned to Taiwan after a few years of absence. I was intrigued by the number of youths and students involved in the rallies and demonstration for the Dapu farmers. The composition of the demonstrations was very different from the typical protests, where busloads of betelnut-chewing, chain-smoking and older protesters parachute from the south to Taipei to protest.

Soon after that summer, I decided to apply for a visiting professor position with a Taiwanese university, so I can have an extended stay in Taiwan to conduct more research on Taiwan's democratic development and to further understand Taiwan.

On June 28th, 2010, the Miaoli County Commissioner, Liu Cheng-hung (劉政鴻) orderedthe excavation of farmland in the Dapu Village (大埔), without giving the farmers any notice. Many residents of Dapu Village formed the Dapu Self-Help Organization (大埔自救會) to campaign against the county government's plan to take over their farmland to make way for the Jhunan (竹南) Science Park expansion project. The Miaoli County government claimed it has completed the legal process of taking over the land, without the farmers turning in their deed.

The imagines of the excavators turning over rice paddies of the farmers who refused to surrender their land, two weeks prior to harvest, and the heavy police presence at the scene preventing the farmers, most elderly, from going in their farm to stop the excavators, shocked the nation.

On August 3rd, one of the elderly farmer, the 73-year-old Mrs. Chu Feng-min (朱馮敏), committed suicide by drinking herbicide, as she felt completely helpless and powerless in stopped the county government from taking her home and the land she worked her whole life for. Upon hearing the news, then-Premier Wu commented, "I understand this woman suffers from chronic diseases, maybe even depression, so I don't know the reason for her suicide…regardless, I am very sorry".

Dapu residents and their supporters held demonstrations in front of the Presidential Office. The demonstrations drew large crowds, mostly young people, students and academics. They took over the Ketagalan Boulevard, held all-night vigils, planted crops on the boulevard, demanding the government to halt demolition and return the farmland to the farmers.

Then-Premier Wu Den-yih, now Vice President, held a meeting between government officials, the Dapu residents and their supporters, where he promised the residents can keep their land.   An official document from the Executive Yuan showed Wu, who presided the meeting, concluded that the farmers' homes and land would be kept as they were (原地保留).
Three Years Later 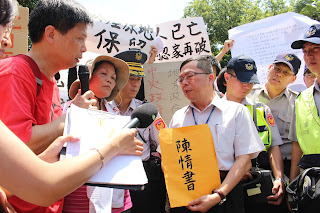 On July 2nd, the Dapu residents and their supporters came to the Executive Yuan to stage yet another demonstration, pleading with the current Premier, Jiang Yi-huah (江宜樺) to keep the former premier's promise and to step in to halt demolition.  The demonstrated lasted for three years, as protesters staged a sit-in named, "July 5th, Save Dapu (七月五, 救大埔)".  There were many students and professors from the country's top universities participating in the protest.

I went everyday to the three-day protest.  The temperature in Taipei never went below 35℃ (95℉) with the sun scorching above us.  Sweat kept going into my eyes, making it very difficult to take photographs.  Fortunately, I brought a towel with me, so I was able to wipe away the sweat on my face and on my camera.

Just as everyone was melting under the sun after the press conference on the first day (July 2nd), a truck pulled up with chairs and tents.  The truck driver said that an individual who wishes to remain anonymous had rented the tents and chairs for the demonstrators, so they wouldn't burn or suffer from heat stroke under the sun.

I met Mr. and Mrs. Chang (張森文, 彭秀春/Peng Hsiu-chun) of the Chang Pharmacy (張藥房), the deceased Mrs. Chu's son, Chu Ping-kun (朱炳坤) and many other demonstrators from Miaoli.  Mr. and Mrs. Chang are two of the kindest and gentle people I've met.  Both are soft-spoken with Mrs. Chang or Big Sister Peng (彭大姐) as everyone calls her, constantly asking the demonstrators to hydrate themselves and offering her famous sweet green bean soup (綠豆湯).  The Changs worked to purchase the land, where they built their home and pharmacy for the past three decades.  Together, they raised three children in that house.

Mr. Chang often tries to put on a smile for us; however, it was not difficult to feel his despair, stress and concern.  He told us that he only has 6 ping of his home left, after the government took the other 14 ping to make way for a road.  If the Miaoli Government takes what it wants this time, the Changs would only be left with 0.6 ping of their home, about the size of half a bed.

What Mr. Chang said most often to us in the past three days was, "I am a law abiding citizen.  I am also a citizen of this country.  I work hard, and I never did anything wrong.  Why are you doing this to me?  What have I done wrong?  Where are we going to go if you take my land and my house?"


The police decided to remove the protesters by force on 4am on the third day of protest.  Mr. Chang fought the police until they stuffed him and his wife into a police van.  He then lost consciousness and has been catatonic since.  Mr. Chang was still conscious when I finally saw him on a wheelchair being wheeled in by Mrs. Chang to the press conference.

At the press conference on the third morning, Mrs. Chang pleaded with the media to help her deliver her message to the power that be.  She said she was afraid that her husband wouldn't last long if their house is taken away.  She also begged the government to spare them.

Most people were crying, as they listened to Mrs. Chang, and I also observed members of the press wiping their tears as well.


Mr. Chu, whose mother committed suicide three years ago, also pleaded with the government to halt demolition.  He said, "Premier Jiang, you can easily save a life.  Why don't you do it?"  He tearfully told the press about his mother and life after his mother's death.  He said he's afraid Mr. Chang will be like his mom.

After the press conference, without warning, the young protesters started climbing over the gate of the Executive Yuan while chanting "Keep the promise! Preserve the homes! (信守承諾, 原屋保留!).  I saw quite a few students I know jumping inside the gate and started running toward the Executive Yuan building.  All of them were caught by the police before they reached the building and pushed to the ground.  Yet, they continued chatting the slogan.

The clash and the uphill battle continues 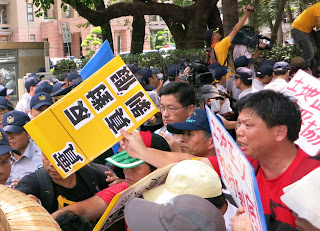 After the third day of protest, the government suddenly announced it will halt demolition on July 5th.  The news reported it was Vice President Wu Den-yih who placed a call to County Commissioner Liu Cheng-hung to not demolish the homes on July 5th and to have yet another negotiation meeting to resolve the issue.

Vice President Wu was quickly called out on his lies, again.  The official demolition order never identifies July 5th as the day of demolition.  It was merely the deadline for the families to demolish their homes on their home.  The county government is reserving the rights to demolish those homes at any time after July 5th.  The county government also reserved the right to the roads in front of the residents for the next two weeks to prevent further demonstration.

The Miaoli residents and their supporters are heading back to Miaoli today for an explanation tour of the area to be demolished and to further protest the central and country government's behavior.

The last I heard, Mr. Chang is now back home and is responsive. 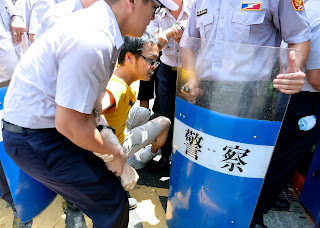 There had been so many similar instances in the past year, of the government forcibly evict and demolish citizens homes to acquire land in the name of progress and modernization.  The citizens affected were almost always the weakest and the neediest of society.  Government officials, like county commissioner Liu, often tell them to be more understanding and considerate of public interest, to see the bigger pictures and not to stand in the way of development and modernity.

The most hypocritical aspect about these forced demolitions and the responsible government officials is that they will never teach by setting example.  For instance, County Commissioner Liu's family homes in Houlong Township of Miaoli County are sitting in the area designated for the Miaoli High Speed Rail Station.  He requested for his family homes to be preserved and was granted permission to keep his own homes.  In other words, the HSR station will have to curve around his homes when constructed.  How about sacrificing your homes for the sake of progress and modernity, Mr. Liu?

The latest news this morning from Dapu is County Commissioner Liu has issued yet another official demolition order, and this time, to destroy not four but five of the resident's homes, adding Mr. Chu's convenience store to the list.  The location of the store is where Mrs. Chu committed suicide three years ago.

I am not a religious person; however, I do believe there is a special place in the 18-level of hell for people like this.

(All photograph by author)

For additional reading of the Dapu case:
Resident of Dapu protest renewed demolition 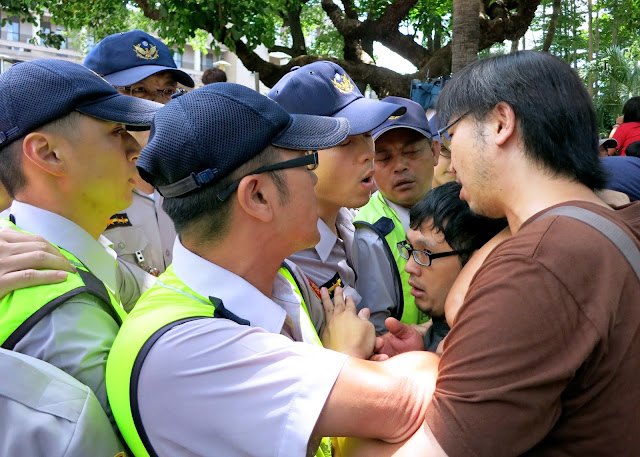 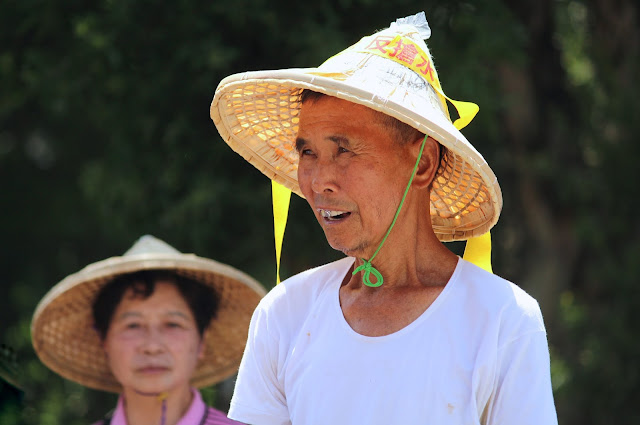 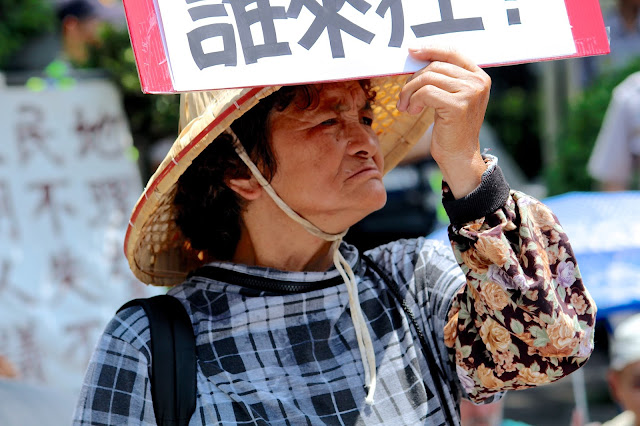 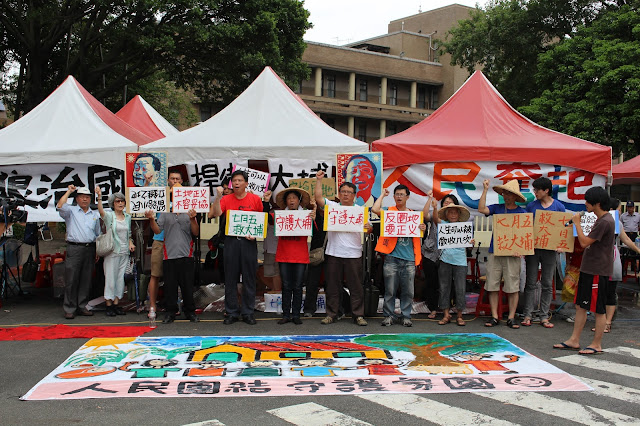 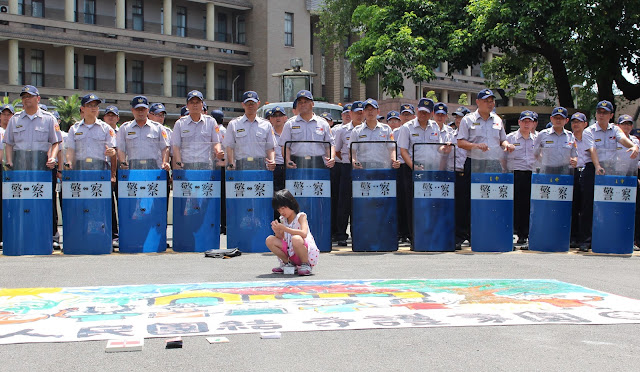 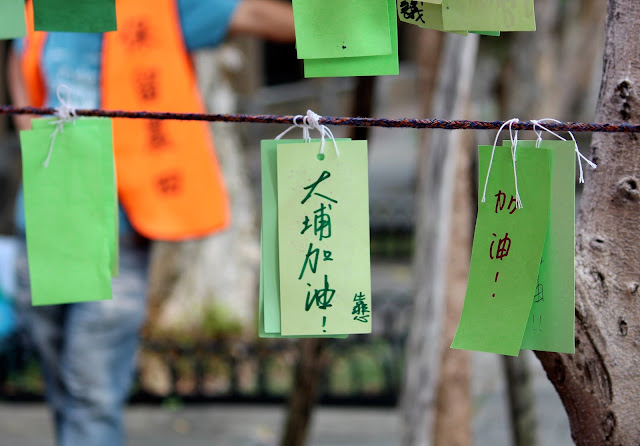 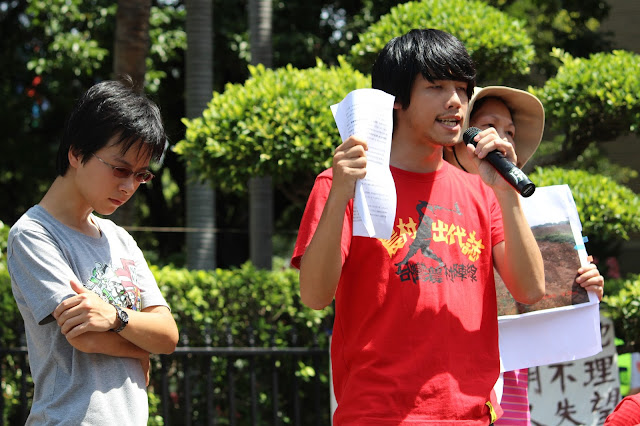 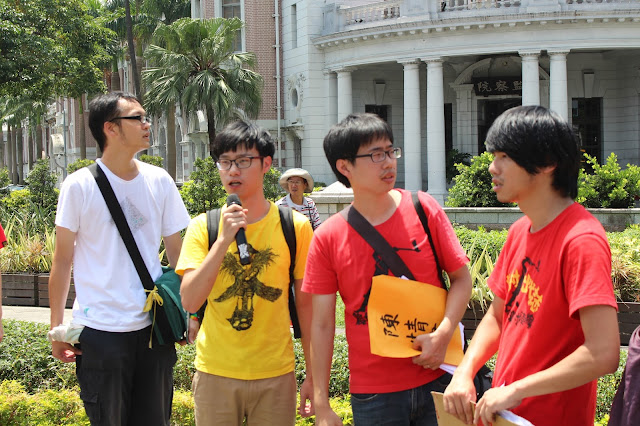 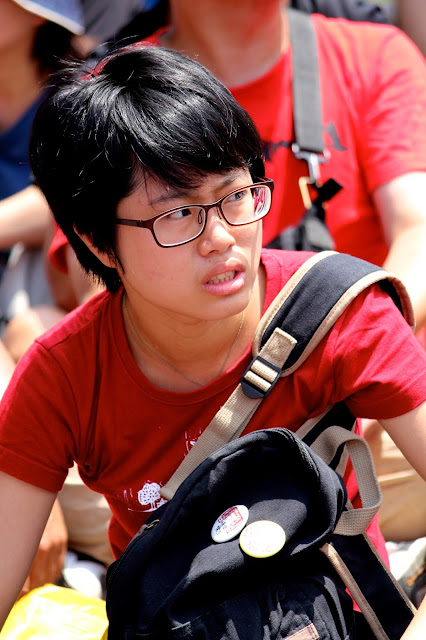 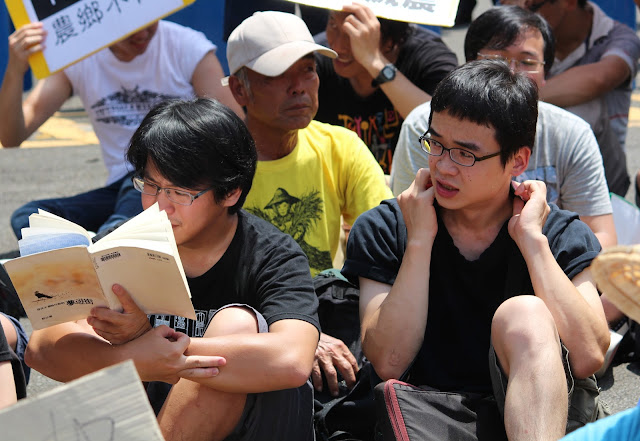 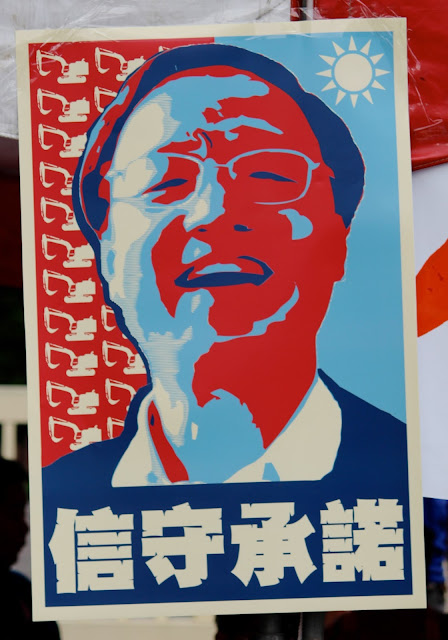 "County Commissioner Liu's family homes in Houlong Township of Miaoli County are sitting in the area designated for the Miaoli High Speed Rail Station. He has since requested for his family homes to be preserves and was granted permission to keep his own homes. In other words, the HSR station will have to curve around his homes when constructed."

Naturally. These people are predators.

Thank you. The extent to which the Miaoli politicians manipulate the political institutions and their power to suit their own interests is a whole other troubling story.